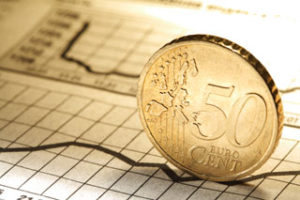 As anyone who works in Gibraltar is already aware, employment income is taxed at source under the PAYE (Pay As You Earn) regulations, irrespective of where they live. Allowances (if claimed) and rates are based on personal circumstances and income during a Gibraltar tax year which commences on 1st July and ends on the following 30th June. Shortly after the tax year, tax returns are issued which should be submitted by 30th November. The tax office then processes the tax returns and issues an assessment.
If you are tax resident in Spain, and believe that your tax obligation ends by paying tax at source in Gibraltar then you are mistaken. You are deemed to be Spanish tax resident if you spend 183 days or more in Spain in any Spanish tax year (the calendar year). When determining this, temporary absences are ignored, unless you can prove that you are resident in another country.
If you do not spend 183 days in Spain, the tax authorities can still deem you Spanish tax resident if your centre
personal or economic interests are in Spain. An example of your personal interests making you resident in Spain is if your spouse and/or (minor) children habitually live in Spain. An example of your economic interests making you resident in Spain is if the majority of your income was generated in Spain.
It is important to note that tax residency is based on the above rules, and not whether you have obtained “residencia” from your local police station which is primarily used for immigration purposes.
As a Spanish tax resident you are generally liable to Spanish tax on your worldwide income, capital gains (as they arise) and wealth, (wherever located), meaning that your Gibraltar employment income will automatically be liable to Spanish tax.
You are obliged to complete a Spanish tax return if you have employment income over €22,000, but it is very easy for this figure to be reduced to the limit of €10,000 (i.e. if you change employment etc). Therefore, if you are resident in Spain and earn over these limits in Gibraltar, you are legally obliged to complete a Spanish tax return.
Spanish resident tax returns need to be completed during the months April, May and June in the following tax year (the calendar year) in question. Therefore 2017 tax returns would need to be completed during April, May and June 2018.
When completing your Spanish resident tax return you will need to declare your Gibraltar income and Gibraltar PAYE tax, fortunately in practice, the Spanish tax authorities allow a credit for Gibraltar tax paid.
It is worth comparing the Gibraltar and Spanish tax rates to help you get an idea of whether you could be liable to pay extra tax in Spain on your income.

The central Government Spanish income tax rates are as follows:

(The autonomous communities are able to amend the above rates, so it is possible that there may be slight variances to the above table due to this, for example there have been some slight increases to the rates in Andalusia).

There is also exists a €60,100 exemption for Spanish residents working abroad, unfortunately if the employment income is earned in a black listed territory (Gibraltar is on the black list) then this exemption is not available, so is currently not available to cross border workers between Gibraltar and Spain.

Historically Gibraltar income tax rates were higher than Spanish tax rates meaning that no further tax was payable in Spain on your Gibraltar employment income. This has generally changed due to decreased income tax rates in Gibraltar and increased Spanish income tax rates, but will ultimately depend on your personal circumstances.
If you work in Gibraltar and live in Spain and haven’t completed a Spanish tax return, have received a letter from the Spanish tax authorities or need further advice on your cross border Spanish tax position please contact the tax specialist firm Foresight Consultancy based in Sotogrande www.foresightconsultancy.com or write directly to their international tax specialist, Francesco directly at francesco@foresightconsultancy.com